Bright and early, 7AM found me waiting next to a park for a bus to pick me up. The tour I had booked through Community Hostel was $55, which I don’t recommend if you’re hardcore on a budget, but seemed to be a good option for me given the amount of time I had and my complete lack of knowledge about the region. If I had more time, I’d have liked to have summitted Cotopaxi, but I hear that you need a private guide, at least $150, and a night, so it wasn’t in the books for me. Maybe someday.

There were twenty of us on this tour, which was the only thing I didn’t appreciate–altitude doesn’t hit me terribly and I’m pretty good at pressing on (if I say so myself) so I found myself at the start of the pack rearing to keep going every time we stopped to allow everyone to catch up. The people on the tour, however, were lovely, and I enjoyed getting to know quite a few of them. Because it’s a small world, graduated from the same high school I did, so it was a lot of fun talking to someone who inherently knew a grand section of my life.

After stopping for breakfast and later at a little store obviously run by friends of the guides, we drove into Cotopaxi National Park and quite a bit of the way up the volcano itself before parking. I was absolutely terrified during this drive around tight bends along harsh gravel and though I rationally knew we would not go toppling over, I had to consciously distract myself. Despite how freezing it was outside, I was excited to exit the van and spin around outside in the brisk air.

The refuge at 4,800 meters reminded me a lot of that in the High Tatras (wow, I still haven’t written that post from March…oops!) except it was far less awful to get to. I was definitely out of breath, but I didn’t feel like it was too strenuous of a journey, really. The refuge offered hot drinks and bathrooms, and we left some of our group there to recuperate while we went further up.

I had not realised that there is a glacier capping this volcano, and I was quite excited to learn this. (Glaciers move! That’s a moving volcano we’ve got! No? Not exciting? Never mind.) I was less excited when we came to it and hit a lot of snow. Snow is lovely to play in, less so to hike in. We didn’t stay up there very long since most of us were quite cold. I was glad that I had brought my gloves with me.

Descending reminded me a lot of Shangri La–a huge scree field that presented many opportunities to fall. After placing bets with new German friends on how many times I would fall, I attempted to ski/run down, and, for once in my life, managed to stay upright and have a lot of fun. I’m not saying that I’m going to like going down in the future, but that was definitely entertaining.

After driving a bit down the mountain, we stopped again to unpack the bikes that had been riding on the roof. Our guides gave a huge lecture about how dangerous it was and how we should only ride if we had previous experience biking. They then asked how many people were planning on riding, and almost everyone raised their hands.

I felt super apprehensive, but wanted to try it. The last time I mountain biked was when I was eleven and I had an excellent experience falling head first over my handlebars after pressing the wrong brake. I biked a lot in Zion, but that was on a road, not a mountain. Still, I wanted to give it a try, and try I did–I made it about a quarter of a kilometer before deciding that I’d had my fun and I was done. Most people who biked had a lot of fun, but I didn’t like how little control I was having, so I bailed.

The bottom presented a gorgeous lake. What does Ema do around gorgeous lakes? She gets really excited, and skip-runs towards them and… falls on flat ground. But of course, it wouldn’t be a trip without a hole in my knee now, would it?

We stopped part of the way back to Quito and had dinner again. The tour was to return to Quito, but I’d asked ahead of time for them to leave me on the road where the bus to Baños would stop–thankfully, this was right outside the restaurant. I’d waited perhaps ten minutes when one of the tour guides, Miguel, came along in his truck. He told me that he’d drive me further down the road to where I was more likely to have a bus stop for me–it seems that bus stops are created by people simply standing at the road and willing the buses to appear, so if there were more people, I’d be picked up faster.

This was very sweet of him, and we conversed mainly in Spanish about life–his mother had died a month prior and he had moved home to care for her, so he wasn’t in the greatest spot. He was kind enough to then wait for the bus with me and to tell the driver to ensure that I got off in Baños. I felt quite sad pressing a coin into his hand as we said goodbye–he had no one to spend Christmas Eve with, and I felt like with his kindness, he deserved something more special. I hope he’s well.

Regardless, I was on my way to Baños! I watched the sunset through the windows and felt exhilarated. When I arrived at my hostel and connected to WiFi, I was pleasantly surprised to find that my Irish friend had also made his way to the town that day, so we went out for a drink together. Christmas Eve is apparently a time for partying, and it was delightful to see so many happy people in the streets! It was even more delightful to return to my hostel and to have them coerce my tired bones into eating chocolate cake and drinking some sort of delicious chocolate liqueur! But I was quite happy to finally collapse into bed. 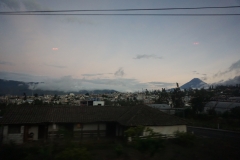 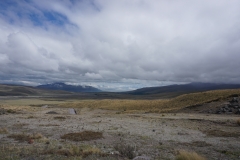 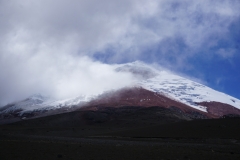 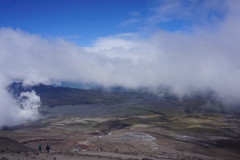 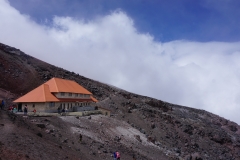 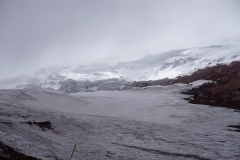 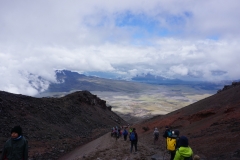 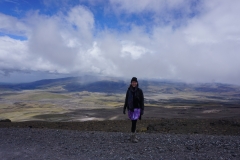 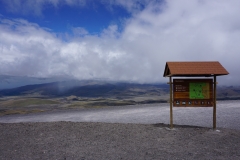 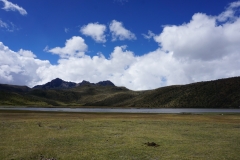 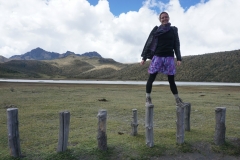 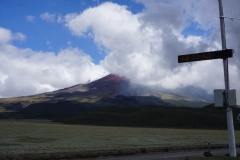