Zion!!!! I was so so so excited to be back in Zion!
We had stayed at a campground an hour or so away, and I was super jumpy and excited to get into the park, to another one of those beautiful places I’m privileged enough to have called home.
It was SO. WEIRD. being back. Really. Honestly. SO SO WEIRD. I don’t think I’d ever had such a surreal experience as getting off the shuttle at the lodge and walking into the gift store. So much was the same, yet everything had changed.
My friend Eric was standing at his register right where he used to be, so I caught up with him, and then with Karen, one of my old bosses. I got to meet a couple of the employees that were there then and again, it was so very extremely strange.
Some employees were kind enough to share with me a parking pass, which meant that we could come back that evening and drive into the lodge once the shuttles had stoppd running. What would a trip to Zion be without a night hike of Angel’s Landing? Or rather, I had ZERO desire to hike Angel’s Landing during the day with all of the people around.
We took the shuttle through the whole park, walked the first mile of the Narrows to where it gets all wet and rivery, and checked out Weeping Wall. I’d never really had an opportunity to “take someone home” so I was exhilarated by getting to show Nathan all of these places that I loved and admired.
After a super nice dinner in Springdale, we headed back to Zion in the car, parking at the lodge. We hiked Angel’s Landing to Scout’s lookout, which was always as far as I wanted to go when I used to do that thrice a week at night.

I’m getting really confused about the timeline here (perhaps I should write posts sooner than 9 months after they happen, huh?) but the next day we were getting on the shuttle to go back into the canyon and I saw a girl wearing a shirt with the logo of a college near mine. Thoughts flashed through my head: “huh, what are the odds?” Then I remembered my friend Julia who had gone to school in Maryland and had studied abroad in Morocco with me. Then I gasped–it was her! We quickly made plans to catch up further the next day before Nathan and I headed north.
We hiked the Watchman that day, which I really enjoyed. Though the heat was overwhelming, there weren’t too many people and the views were stunning as ever.

Zion, I love you! I likely wouldn’t work there again since I’ve already done so much of it, but gosh, that place holds such a huge chunk of my heart, and I really have nothing but fantastic memories there. 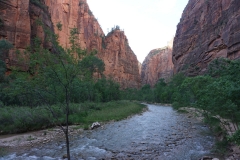 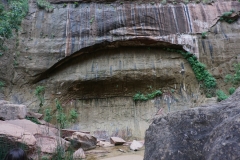 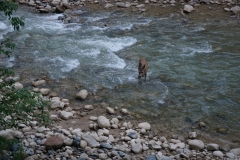 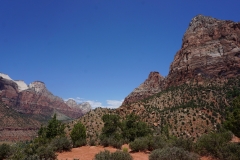 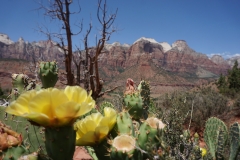 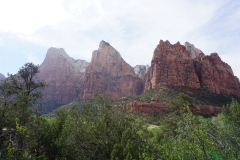 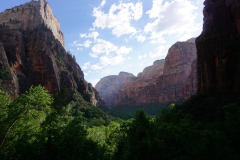 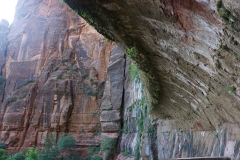 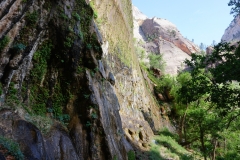 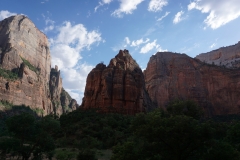