My first day in Quito I spent trying to create the biggest blister possible on my little toe (photo available upon request) by walking the city from top to bottom–literally.

I flew in around noon and was a grumpy mess of tired and hungry, so I paid $6 for a shuttle bus to take me to the northern bus terminal. Coulda shoulda taken public transit, but I was feeling insecure and didn’t want to deal with getting lost. This put me as promised a good 6 miles out from my hostel, a promised $7 taxi ride, so what more was there to do but to eye the line of taxi drivers, smiling with open arms, and turn on my heel and decide to walk?

This was a good idea as I otherwise wouldn’t have seen most of the north side of the city. It’s not where the tourists go, really, and I walked through a lot of industrial buildings and more residential areas. Along the way I stopped and ate salchipapas ($1)–this is basically a dish for kids (so obviously delicious) where they give you a dish of french fries and then pile random meat on top, and sometimes an egg. I enjoyed the chance to converse with the cook, whose mother owned the little shop.

I found a book store and perused for quite a while, fascinated by the translations of some of my favourite books and the covers they had. I sat at El Ejido park for quite a while–this turned out to be my favourite place in Quito and was definitely the best place to watch people–children at play, abuelas fussing over them, teenagers up to mischief, and adults relaxing.

It was almost four by the time I made it to my hostel, having stopped extensively to take photos and to stroke stray dogs. To my absolute surprise, I had booked myself a private room for $9.50 a night. I was incredibly thankful to past Ema–this was one of the two nights I’d booked ahead, but I had assumed I’d be in a dorm of twelve as per normal. My hostel wasn’t of note though, and I later found cheaper private rooms in better locations.

After showering and putting a plaster on my miserable pinky toe, I set out to explore the old town as night started falling. I found a street vendor selling maduros asados, which are essentially grilled plantains. She added cheese, and for $0.75, I had a delectable dinner–these would become the staple of my Ecuadorian diet because they’re so darn good.

I later had hot chocolate, thick, creamy, delectable hot chocolate at Plaza de los Conceptas and sat and read my book until finally, exhausted, heading back to bed. 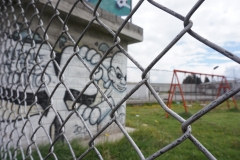 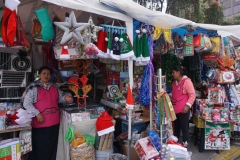 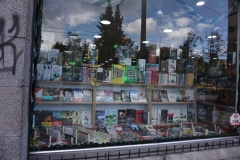 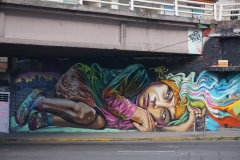 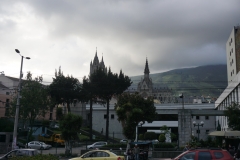 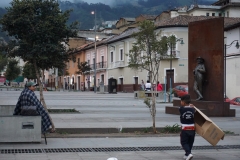 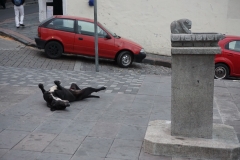 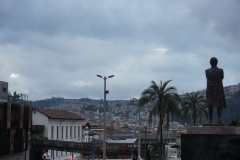 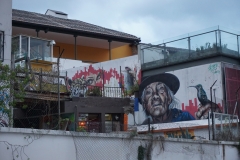 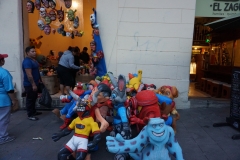 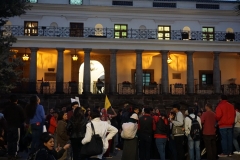 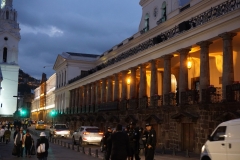 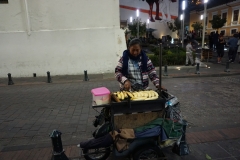 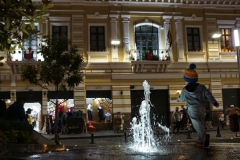 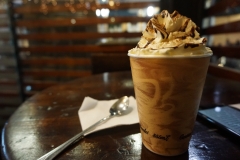 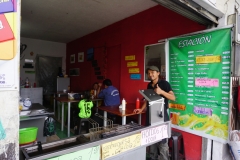 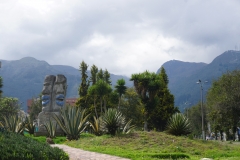