Taking some of the chocolate bars I’d purchased the previous day with me for breakfast, I took a cab first thing on Saturday morning to La Ofelia, the northern bus terminal, which cost me $7. I should have taken good ol’ public transit, but I was concerned about time–I’d heard that there was a 9:10 bus that I wanted to catch.

From La Ofelia, the Flor de Valle bus company charged me $3 for a one way ticket to Mindo. Delightful! This was the one bus I went on that had assigned seats (and of course, the first bus, leading to my perpetual confusion about where to sit for the rest of my time in Ecuador) and the entire bus was full. When I arrived in Mindo, I immediately bought a return ticket for the last bus at 5PM because I didn’t want to end up stuck.

I went to the nearest tour company, which was a bad idea. Though the prices were the same as elsewhere, they weren’t the most accomodating. I booked my zipline tour for $20 just to have him tell me I had to take a $4 taxi down to the location. I wasn’t about that life, and three other people were talking to the other employee, so I asked if I could join them. Of course, he said. Of course.

These three people were unfortunately possibly the most stand-offish people I’d encountered. They reluctantly told me they were from Venezuela, but barely talked in my presence–perhaps they were offended that I was saving them a dollar on their taxi.

The taxi driver took us past a ziplining place, which I found strange but decided not to question. He knew best, right? At the end of the road, he dropped us off with a wave. We all presented our tickets to the guide there, and he sent us off in a tiny little car on a zipline across the forest. Though this wasn’t what I was expecting, I again assumed that they knew best. But as soon as we got to the other end, the man who greeted us told me that I had to go back and take my ticket. I looked at him, confused, because the other three hadn’t retained their tickets. This led to one of the others trying to explain this to me in very broken English, and I thought to myself “My Spanish is fine, that’s why I was trying to converse with you in it.”

I decided to continue not asking questions, and took the lovely ride back across the forest canopy to the beginning, where the man quite rudely told me I had given him a ticket for zipling. I told him that yes, I wanted to go ziplining, something more exhilarating than his simple canopy chair. Turns out I had a ticket for a different place, which he hadn’t thought to explain to me when I gave him the ticket. Instead, he tried to charge me $2 for taking his little canopy ride, and I refused. He quite rudely told me I could walk up to the zipline place (a good two miles at that point). Since I had paid for a taxi to take me to the ziplining place, I was quite annoyed at this point. A taxi then pulled up, and I left the canopy tour people behind in a grump. The taxi driver then tried to charge me $2, but I explained the situation and told him quite indignantly that I would pay $1 or I would be happy to walk. He took my dollar.

Once I finally arrived at the zipling place, I had a delightful experience. Cristian and Mateo took excellent care (with a side of flirting) of me and I had my own private tour through eight different ziplines. Soaring high over the lush green forest below me with clouds off in the horizon was an absolutely magical experience. The feeling of weightlessness, of air rushing around, was glorious.

I tipped them well and set off walking towards the butterfly farm–I wasn’t about to deal with taxi drivers again. This stubbornness probably wasn’t the greatest idea, but it was only about three miles and everything in the Mindo area is gorgeous. About ten minutes in, I encountered three stray dogs, who all decided to adopt me and walk alongside me. When we walked by a man, they barked at him to keep me safe, but they were polite to the various children we passed. Kind dogs. It started pouring halfway through, and I felt sad that I only had one rain jacket.

At Mariposas de Mindo, the butterfly farm, they told me that the butterflies weren’t out and I should come back another day. It was raining and it was afternoon, the kind lady explained, and the butterflies were out most prominently during the day. I told her that I only had a few hours in Mindo, and that I was sure that even if I didn’t see any butterflies, they’d use my money well, so she took my $7.50 and I entered.

And wow, was it worth it! I had a lot of fun taking a million photos of the butterflies. It seemed like there was a lot when I was there, which I think speaks wonders to how many there would be at other times. They had plates of banana and mango out, so I picked a little with my hand and coerced a butterfly onto my finger. ¡Que bella!

I walked back to town and to El Quetzal de Mindo, where I booked the 4PM chocolate making tour. With almost an hour to spare, I went looking for food and found more of my beloved maduros asados along side some grilled corn, and happily ate a belated lunch.

I was in luck again and had another private tour, which wasn’t particularly informative but was very sweet, and I loved how Jorge, my guide, seemed so proud of the region and the delightful chocolate they produced. At the end, I got to sample lots, which made me extremely happy! I was most impressed by cacao tea made from the shells of beans, and ohmygosh, that was definitely the best brownie I ever ate in my life.

Though the tour is normally longer, since it was just me, it finished a bit early, and I had a bit of time to use their WiFi to talk to my mum before heading back to the bus. Though I couldn’t send her chocolate via the phone line, it was a great way to finish off the day.

Back in Quito, I headed over to Community Hostel to book a tour. There, I was offered wine and somehow got roped into the beginning of a pub crawl–I do recommend visiting! 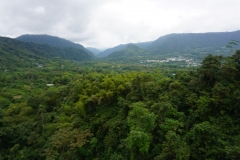 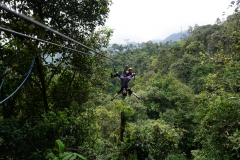 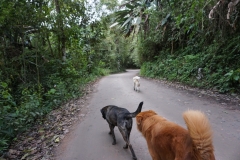 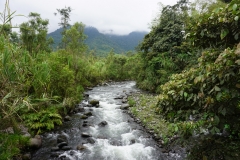 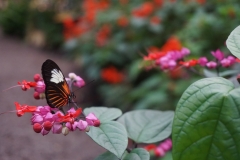 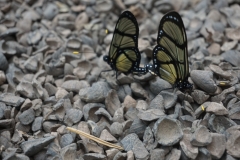 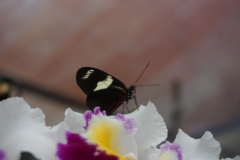 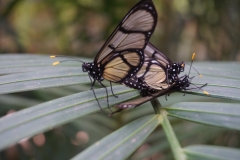 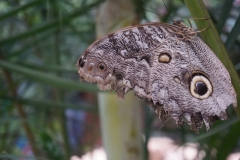 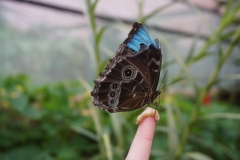 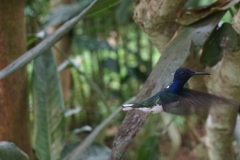 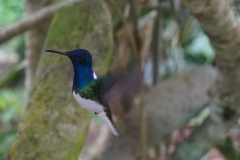 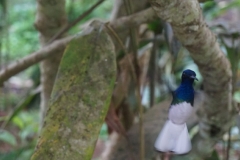 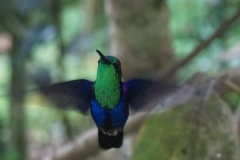 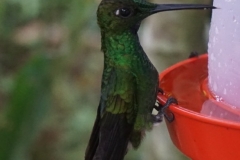 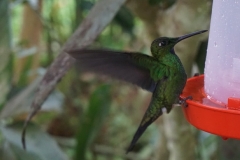 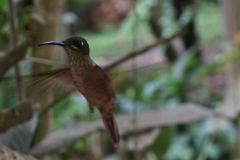 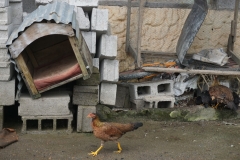 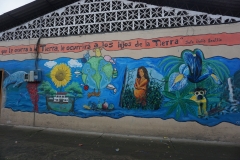 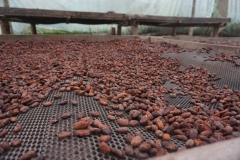