I was super antsy once morning came to get on the road, which was everything started falling apart. I like hiking alone. I learned to like hiking alone way back when in Zion, when I found that it was amazing to sing at the top of one’s lungs with nobody around for miles, to sporadically run for ten feet and to walk super fast, to not take breaks but to snap photos of everything… I love hiking, I really do. But I had enjoyed hiking with Kevin the previous day, and we had made a friend at Llullu Llama who wanted to hike with us too, so off we set.

This was fine until we realised we had taken a wrong turn, and then another two lovely friends caught up with us. Again, all fabulous people, but yeah, I’m kind of awful and impatient, and I was not handling the indecisiveness well. When we finally decided to go in what we thought was the correct direction, a man called to us from way up on top of the canyon and told us to go back the other way. So we did, for a while, but were pretty confident that was wrong. So we went the second way again. And then, thankfully, another Ecuadorian came down from the canyon and led us off in the direction we had thought was correct. Sigh.

We got to the top of the mountain, only to have another two friends catch up! At this point, I was at peak grumpiness, and feeling very impatient. I went ahead of the others for a bit and quickly found where we were on the instructions–we had thought we were a couple of kilometers ahead of where we actually were, which had been our problem. I waited for ten minutes but found no sign of them–later I found out they had all stopped to hang out with a donkey for a while–so I decided that I was on my own again, and queued up some Grizzly Bear.

The fields were green and the sun was bright through the next few miles. I walked by a farm where two adults were working and a few kids were playing, and finally got an opportunity to share the lollies I had brought with me–Fruit Bursts, all the way from New Zealand. I asked the adults if I could give the children lollies, and they nodded, and then asked “What about us?!” These kids were quite polite and shy, but seemed excited by their new treats. I don’t think they had any idea what New Zealand was, but hey.

After, I came into a tiny village with a schoolyard, a church, and a very protective dog who barked at me and barked at me and barked at me as I walked by his field. I told him he was silly, and he barked at me some more. It was a delightful conversation. The hardest part of the entire loop followed this tiny village–there was a kilometer or so directly uphill. I met another two kids and gave them some more kiwi lollies, and then we laughed together about how much I was sweating. It was absolutely beautiful though. When I was almost at the top, a man called out to me from above, and told me I was almost there.

We chatted for a while as I looked out over the valley. He was an artist and had little paintings that he did for sale, and I wasn’t sure if he was chatting because he wanted to talk or if he wanted to sell me things. Regardless, it was an enjoyable conversation–we touched on divorce and farming, always fun. His children went to school down in the valley and walked that hill every day during the school year, which I thought was pretty cool.

Not long after, I hit the road again, which was the most boring two kilometers. It started pouring, and even with my rain jacket, I felt like a little bit of a drowned rat. A few of us had talked about staying at Hostal Cloud Forest, so I went there, but I later decided that Hostal El Vaquero looked like a really cool place. It was only about 1:30 despite all the time I’d spent being lost–so if I had set off at 7:30 as I’d have liked to instead of 9:30, getting to Quilotoa that night would have been more than doable. I walked around Chugchilán, which was another cute little Andean village community with a couple of shops and a couple of hostels. I bought an ice cream and swung in a hammock at the hostel reading my book.

As the afternoon passed by, people I had met the night before at Llullu Llama trickled in. It was quite cool how such a community had already formed, and sitting by the fire drying out our wet gear and drinking hot chocolate was definitely a lovely way to spend the evening. For $15, the hostel had given me a private room, which was pretty nice. However, I cannot recommend them, because something in the food did not sit right at all. Friends I later ran into again stayed at the Black Sheep Inn and said that it had the best cake they’d ever had in their lives (and a hot tub!) 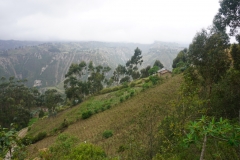 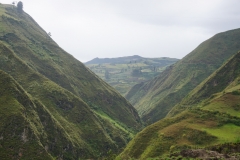 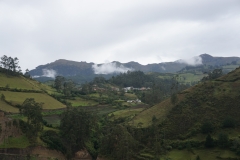 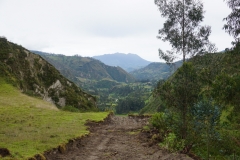 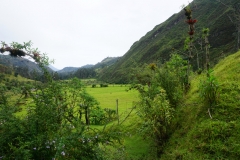 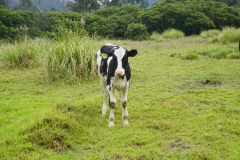 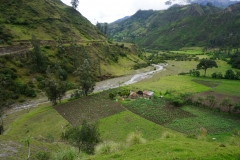 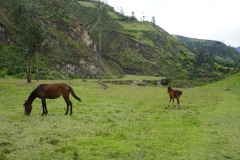 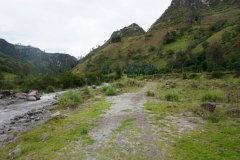 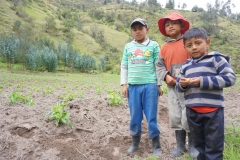 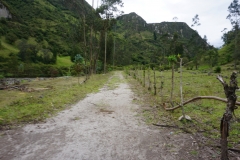 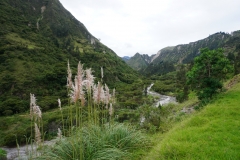 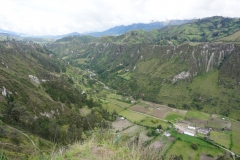 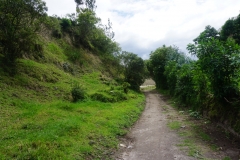 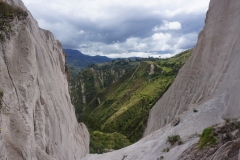 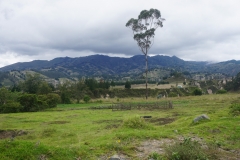 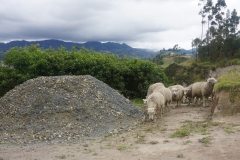 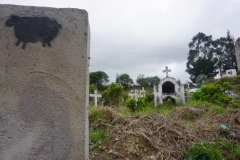 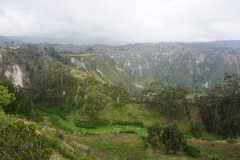